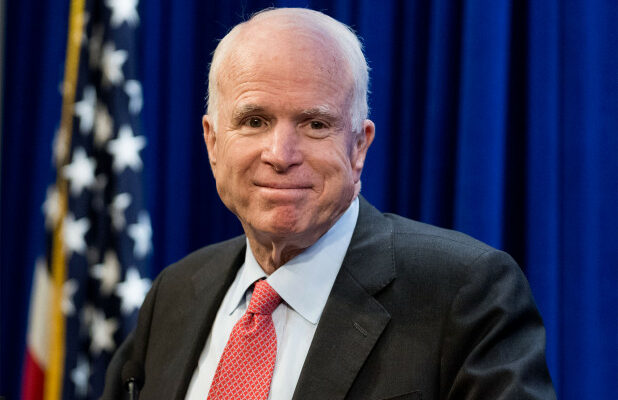 We always knew that John McCain was a traitor to the conservative movement, and we knew he was somehow involved in the fake Steele dossier, but we didn’t know to what extent until the IG report came out.

After the FBI fired Christopher Steele, the FBI was still able to get five reports that they had never seen before.

They were getting them from Fusion GPS — with direct help from McCain.

McCain then delivered to them to the FBI, even after the election.

McCain was fully aware that Fusion GPS is an opposition research firm, but it is not known if he knew the dossier was paid for by Hillary Clinton and the DNC.

I’m convinced that fact would not have stopped him from betraying his party and his country.

McCain’s aide, David J. Kramer, is also the one that gave the dossier to Buzzfeed so that they could publish it in its entirety.

It seems that McCain was neck-deep in the coup against Donald Trump.

He was still bitter over his humiliating loss to Barack Obama in 2008.

The fact remains that he ran a terrible campaign, and had the worst campaign manager of all time in Stephen Schmidt.

BuzzFeed published Steele’s full dossier on January 10, 2017 setting off a firestorm of news media coverage about the document.

Prior to his death, McCain admitted to personally handing the dossier to Comey but he refused repeated requests for comment about whether he had a role in providing the dossier to BuzzFeed, including numerous inquiries sent to his office by this reporter.

In his book published last year, McCain maintained he had an “obligation” to pass the dossier charges against Trump to Comey and he would even do it again. “Anyone who doesn’t like it can go to hell,” McCain exclaimed.