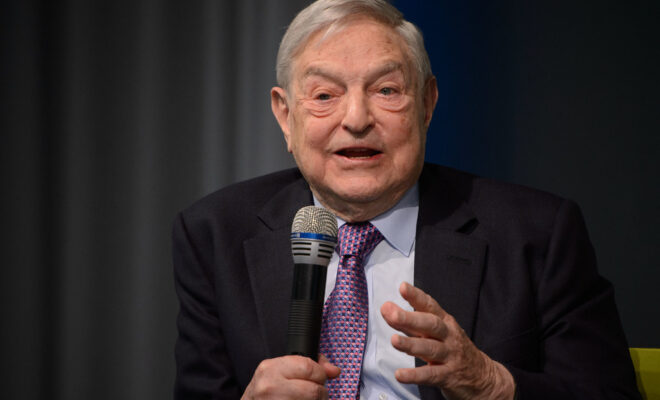 The Soros backed DA in St Louis just did what Soros wanted her to do. She released every looter and rioter from the past week without filing a single charge against them.

St Louis DA already had the reputation of being a criminal’s best friend forever and now she cements that position.

Remember, this is right after four policemen were shot in St Louis. (The Champagne flowed in the DA’s office the next day) How will you never stop riots when no one goes to jail or even to trial.

If they are picked up again, Kim Gardner will just set them free again. Do you still question which side progressives are on?

In a stunning development, our office has learned that every single one of the St. Louis looters and rioters arrested were released back onto the streets by local prosecutor Kim Gardner. pic.twitter.com/tMZVAyHssw

From The Gateway Pundit

This was after 4 police officers were shot and one retired police captain was killed in the street on Facebook live.

Far left billionaire George Soros has been systematically targeting district attorney races throughout the United States. Several of his candidates have already won. His goal is to create havoc in communities.

Soros funded PAC even released an ad in support of this far left and unqualified nutcase.

Kim Gardner is so intolerable that two dozen attorneys and more than one-third of the trial lawyers left the office when she was hired. And this is a Democrat dominated office.

In early January St. Louis Police arrested a drug dealer in possession of over 1,000 highly addictive opiate pills and more than $30,000 in cash.

The St. Louis police officers also got a confession from their suspect.

But when investigators brought their evidence to Gardner’s Circuit Attorney’s office in downtown St. Louis the attorneys REFUSED to press charges against the dealer and handed the police report back to the officers!