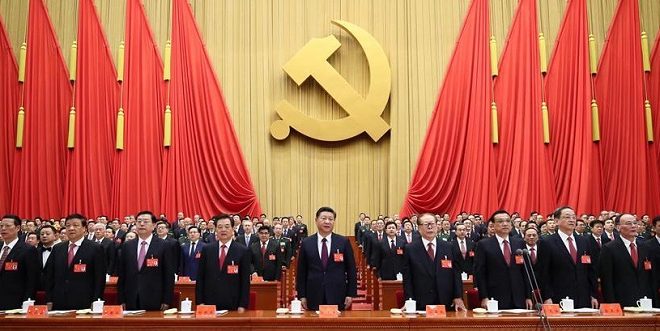 Ok, seriously, what the hell is going on in California?  First it’s Diane Feinstein and the revelation that her driver was ‘allegedly’ (??)  a Chinese spy for decades.  Apparently, to the media, FBI, DOJ, or any other law enforcement enterprise, this is no big deal.

Why?  The only reason I can think of is because she is a California Democrat and Democrats from the CCP’s California are above the law.

Want more proof?  If you read the last article you know about Eric Swalwell who had been sleeping with an agent of the CCP for sometime now … while we is on the MFing Intel Committee FFS!

NO WAY, MAN!  She is working for a CCP spying outfit.

‘There sure are a lot of Democrats in Congress with questionable connections to China.

Barbara Boxer, a former United States Senator from California has apparently taken a job with a firm in China that is known for surveillance of ethnic minorities.

This news is so toxic that even the Joe Biden inaugural committee has returned Boxer’s donation.

President-elect Joe Biden’s inaugural committee is refunding a $500 donation from former Sen. Barbara Boxer (D-Calif.) over her registration as a foreign agent with a firm alleged to have aided the Chinese government’s surveillance of the Uighur ethnic minority.

A spokesperson for the committee told Axios it did not seek the donation from Boxer, and that it would refund it after the revelation of her registration as a foreign agent, which was first reported by the Daily Caller.

“When I am asked to provide strategic advice to help a company operate in a more responsible and humane manner consistent with U.S. law in spirit and letter, it is an opportunity to make things better while helping protect and create American jobs,” Boxer told Axios.

Mercury Public Affairs, where Boxer serves as Los Angeles co-chair, filed documents last week registering as a foreign agent for its work with Chinese surveillance company Hikvision. The federal government has banned American companies from doing unlicensed business with the company due to reports it has contributed to monitoring of the predominantly Muslim ethnic group. Last year, the Trump administration outright barred U.S. investment in Hikvision.

First Eric Swalwell and now this.

Ex-Sen. Barbara Boxer has registered as a foreign agent for Hikvision, the Chinese surveillance company blacklisted over targeting of Uyghur Muslims.

It’s time to divide up the Union, it is clear that China has compromised the Democrat party, especially California.  Not only do they compromised their lawmakers with their Yellow, Gold, Blue operation, but they also have gotten the state and their assets to purposefully crash the economy of, not just CA, but the entire nation.

Its time we have a peaceful split, this, in my eyes, is the only viable path to deescalate the situation in the US without violence.  Let’s just shake hands and go our separate ways.