Pelosi Forces Through Bill That Ends Fair Elections Once & For All 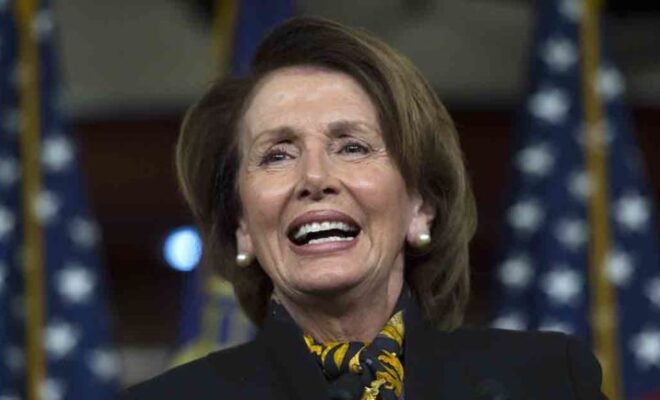 ICYMI: This is HR-1 … This is the bill that will destroy our republic, collapsing the nation into a crippling Marxist hellole …

If you didn’t believe that the Democrats have no interest in playing by the rules when it comes to elections, take a look at this story.

Earlier in the month we warned you about H.R 1, a Democrats plan to rig elections for the rest of time.  The bill has been circulating for a while now, but not until now, with their dementia riddled man in the White House and the Senate under control of the Kamala, did they have the ability to RAM this abomination through.

At the time we explained that H.R. 1 would end the sanctity of our elections once and for all:

‘The one the Chinese Communist Party’s pals, the Democrats, chose to name their takeover of elections for the remainder of time until the Republic collapses is called the“For the People Act of 2021“.

‘For the People Act’ … you can bet your rear end that this bill is going to be as much ‘for the people’ as the Patriot Act is patriotic.

The GWP opined ‘The Populist Press is reporting the first bill put together by this Pelosi-led Congress will eliminate free and fair elections forever.  Fraud will be the mandate and Democrats, the kings of fraud, will win every election henceforth. ‘

Below are the key aspects of the bill as noted by the Populist Press:

2) Banning the requirement to provide a full SSN for voter registration.

4) 16 year olds required to be registered to vote.

9) Murderers and rapists can vote.

I am yet to dig through the final incarnation of the bill but here is what the Gateway Pundit is saying:

The House Democrats previously introduced the “For the People Act of 2021” which will ensure Democrats can count ballots for days and days after an election until they have enough votes to win.

The Democrats used Covid as a vehicle to successfully steal the White House and the Senate (and possibly the House) with ballot harvesting, ballot drop boxes, mail-in ballots and by counting ballots in secret for several days after Election Day in 2020 so now they’re passing legislation to make it easier to steal every election going forward.

The Democrats are making it easier for them to steal elections by automatically registering voters and expanding early and absentee voting.

The Democrats passed this in large part as an end run around the 100 or so bills that state legislatures have passed in order to curb voter fraud.

Now all the bill needs to ensure we never have a free and fair election again is a tie breaking vote, from none other than her highness, Kamala Harris.