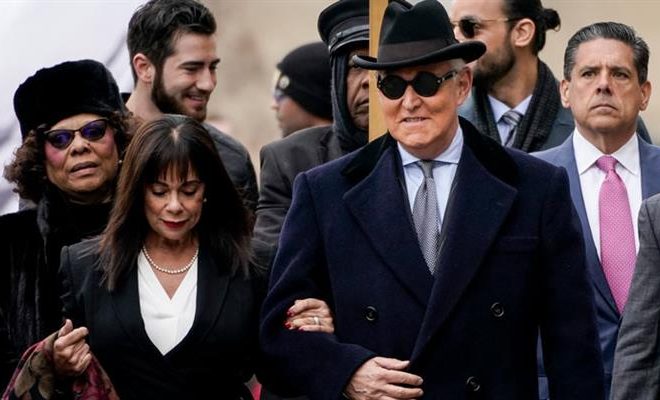 Just when you thought the left could not go any lower… of course, they do.

What type of human people assaults a septuagenerian, handicapped woman walking her dog?

Apparently, the answer to that is a Biden supporter.

Who refuses to condemn or cover it?  The answer there is equally simple the ‘media’ (aka the Marist propaganda core)

‘Roger Stone’s wife was attacked by a leftist goon while walking her dog in her neighborhood on Thursday.

Nydia Stone was attacked so viciously that she was hospitalized and will require surgery.

“Roger Stone’s handicapped wife beaten badly by deranged leftist man while walking her dog in her own neighborhood, currently in hospital,” the Proud Boys posted on Telegram, according to a report from Big League Politics.

Stone’s spokesman, Rev. Randy Coggins, said in a statement that the attack took place in front of their home.

“It is true that Nydia Stone was attacked by a leftist on a bicycle in front of their home and that she was already convalescing from a very bad dog bite sustained the week before and reported Broward County animal control. This re-opened a gash in her knee which required a visit to the emergency room,” Coggins said.

“Her injury will require surgery but she is home and doing fine and more angry than she is injured. It’s amazing how many hundreds of thousands of people have inquired with their questions and offered their prayers. The Stone family is grateful,” Coggins added.’

Nothing is sacred to this radical left groups of marauders and communist revolutionary want to bes.  This is political violence and it will either get a pass from the media or the anchors will giggle and condone it if they even date to cover the sick assault.

It’s terribly sad that it has come to this, but here we are, staring own the barrel of the left’s gun.  One these seem willing to use, all while the media provides them cover for doing so.  This is just plain SICK.